The most beautiful cars at the Sinaia Concours d’Elegance 2017

From BMW 328 Mille Miglia to Cadillac Series 90 V16, it was a magic concours

Sinaia Concours d’Elegance is not exactly your Concorso d'Eleganza Villa d'Este or Goodwood Festival of Speed, but it's the next best thing

Straddling two historic regions of Romania (one of which is Transylvania), the charming mountain resort of Sinaia was the place to be for car aficionados in Eastern Europe this weekend, as it held the seventh edition of its Concours d'Elegance near the picturesque Peleș Castle. 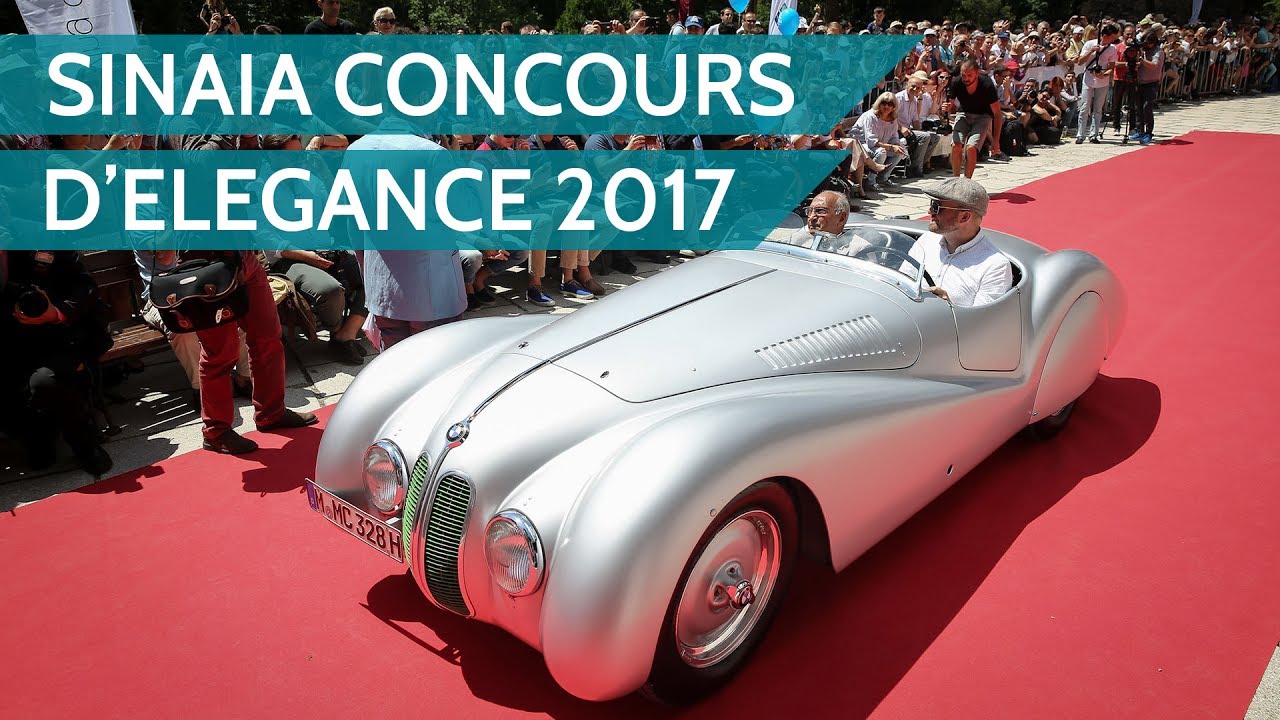 Organized under the patronage of His Majesty, King Michael the First of Romania, the last living monarch from the World War II era, the Sinaia Concours d’Elegance has a tradition that started in the mid ’30, with two events in 1934 and 1935. 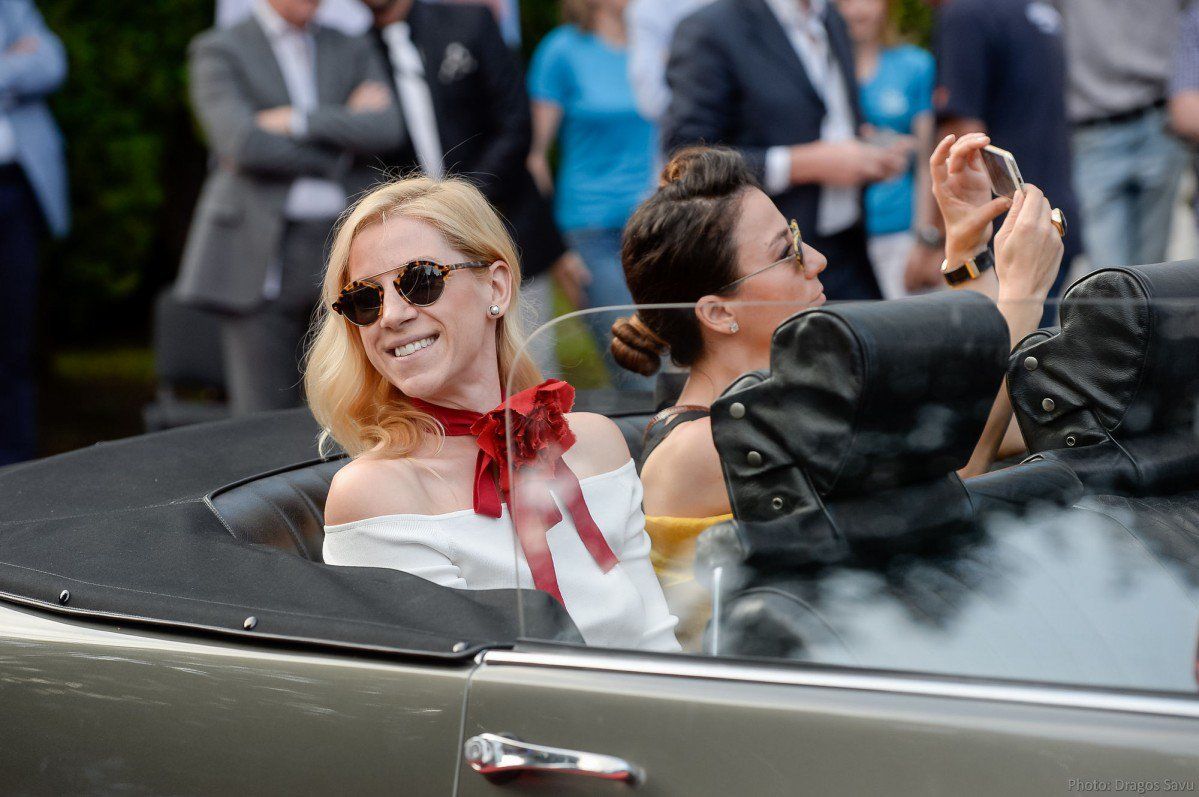 The event was reborn in 2011 in the same location and is developing to international fame. 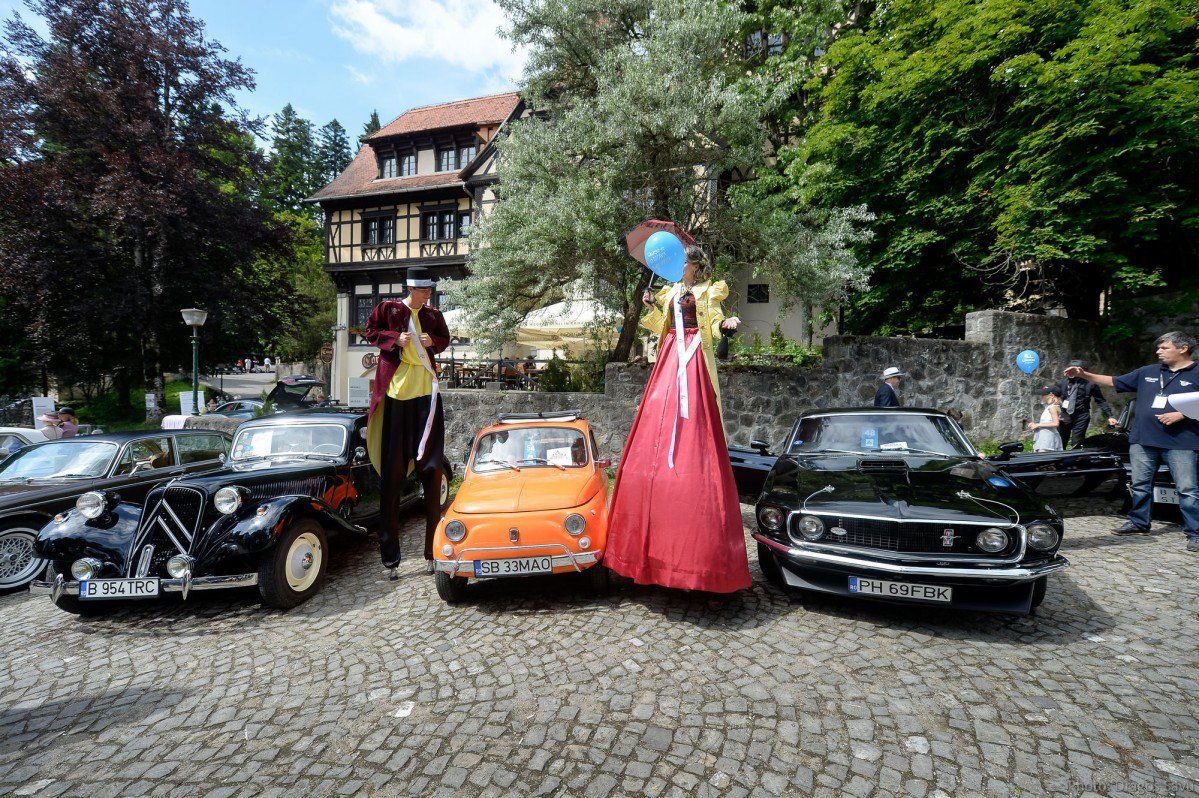 This year's event was about power and performance, with cars like the Mercedes 450 SEL 6.9 or the Jaguar XJ12, but the car list was extensive. 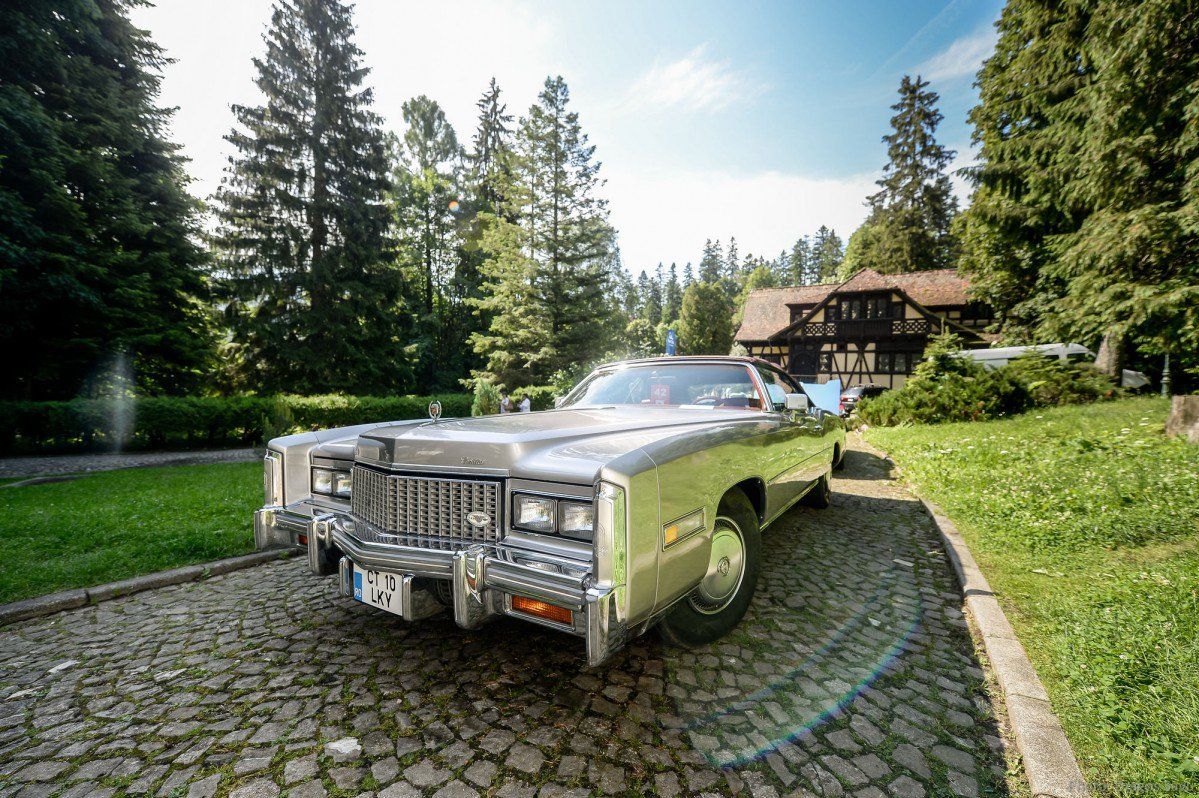 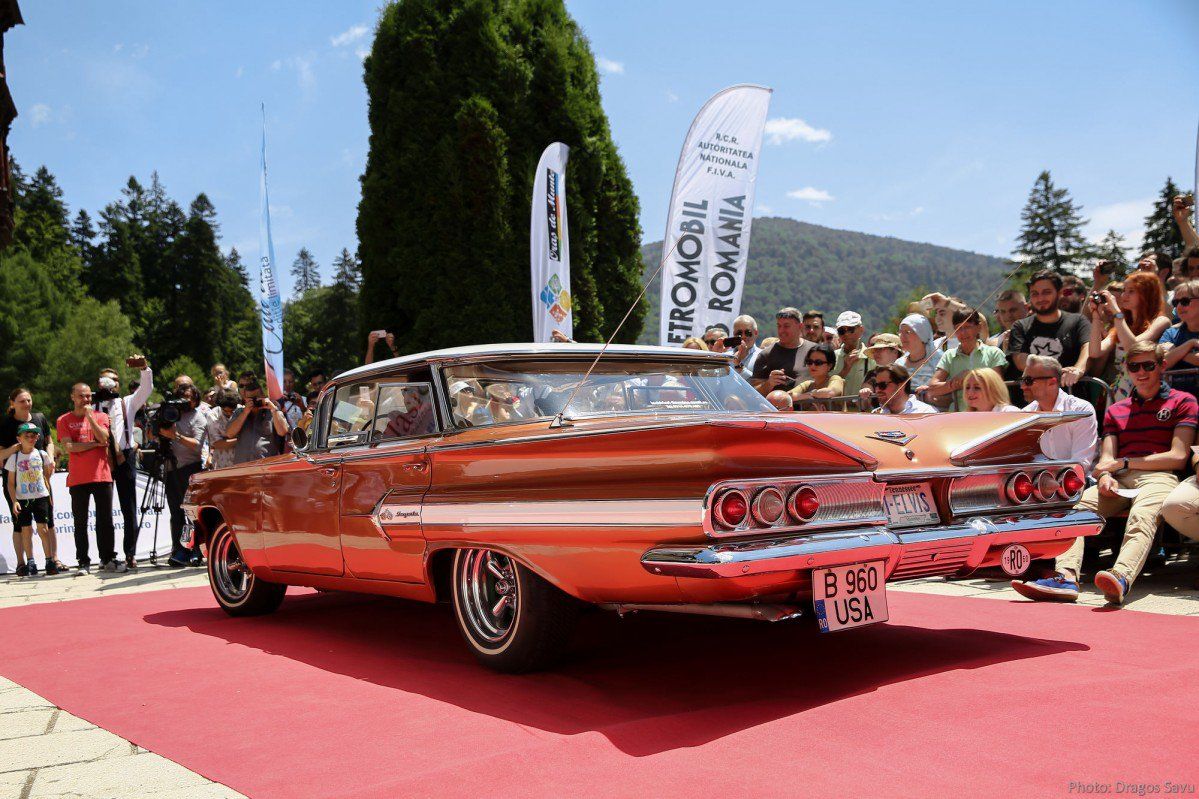 The rich history of Citroën was perfectly reflected by the participants with a Citroën Traction Avant, a Citroën CX Prestige and a Citroën DS Cabriolet coach built by Chapron, one of the few that enjoyed the Chapron special treatment. Sinaia was also the scene of a BMW Group Classic exhibition, which marked several anniversaries of the brand. 40 years of BMW 7 Series was marked with the exhibition of a BMW 745i E23, the first BMW 7 Series also equipped with a turbo engine. 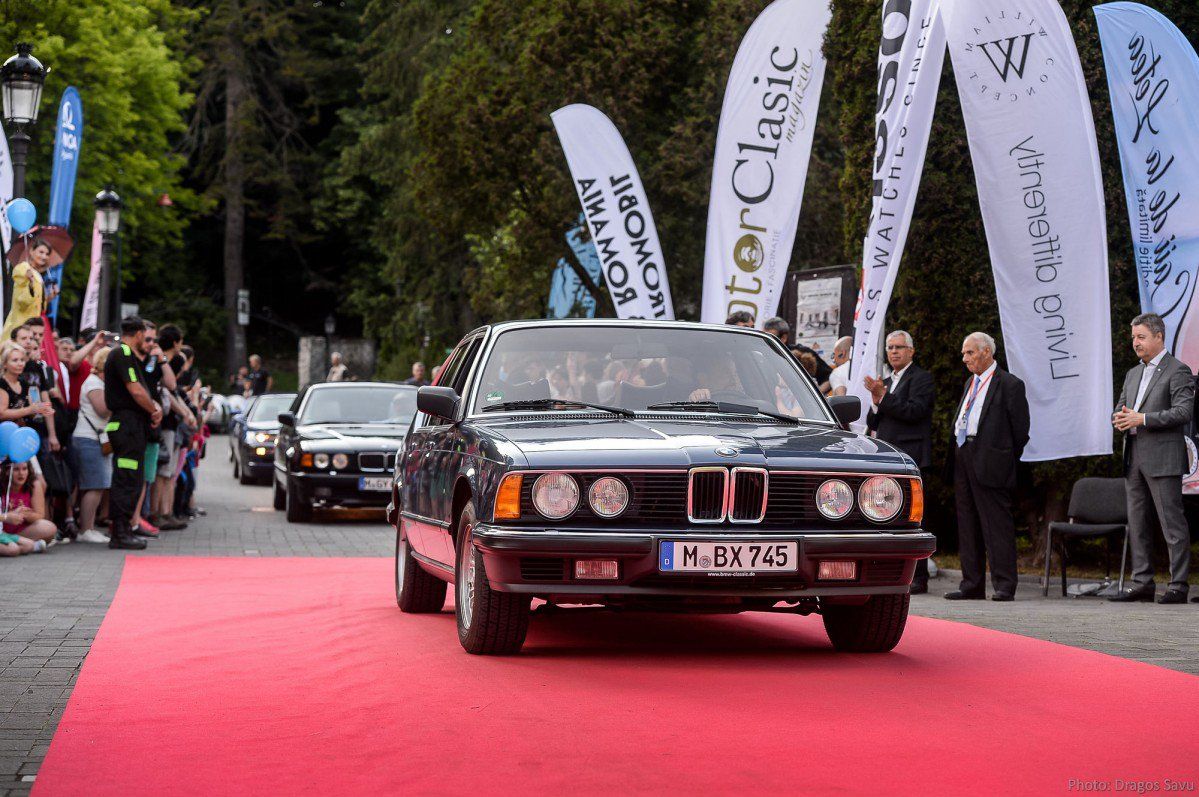 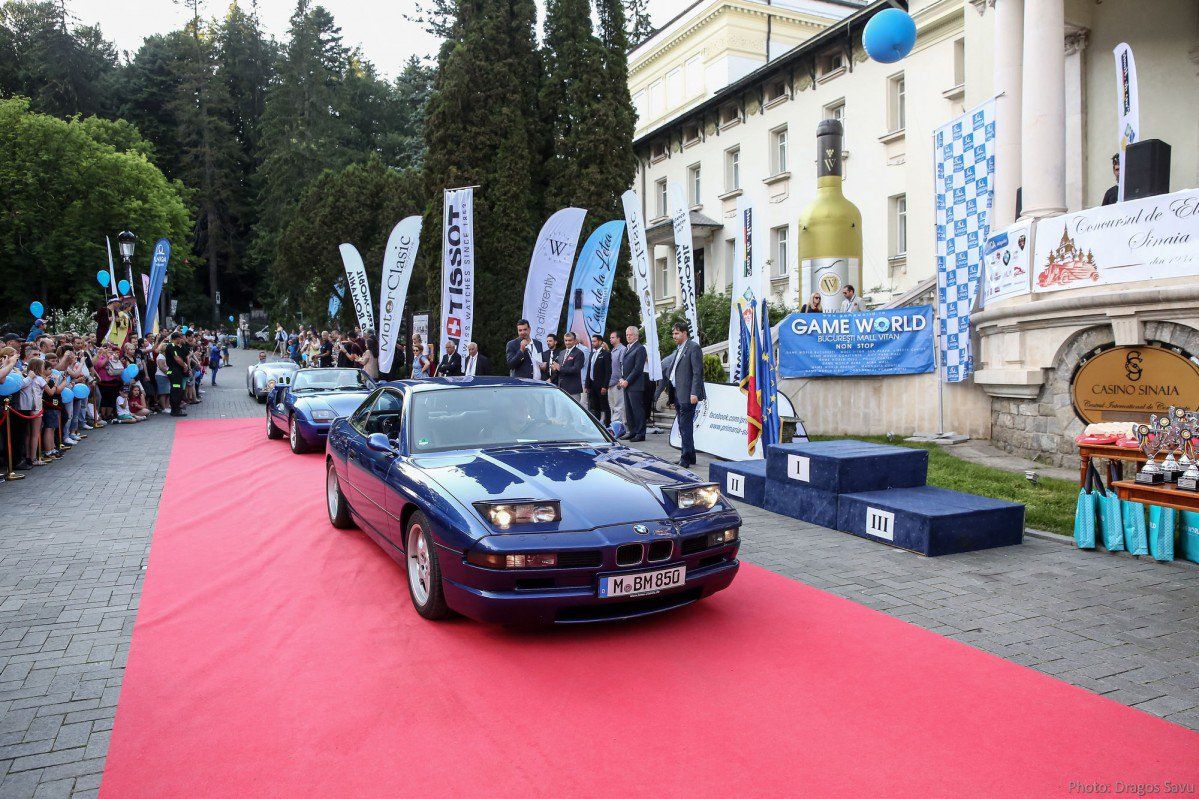 The presentation of a BMW Z1, in the rare "Purblau" (Pure Blue) color, marked 30 years of the launch of the first modern roadster. Also at the event, showcasing a long tradition of special editions for M sports car, was the BMW M3 GT, one of the 365 cars ever produced. The most expensive and interesting was, without a doubt, the superb BMW 328 Mille Miglia Roadster, which made a historical comeback here. Its last major international participation was at the Kronstadt Gran Prix in September 1940, only 30 miles away from Sinaia. 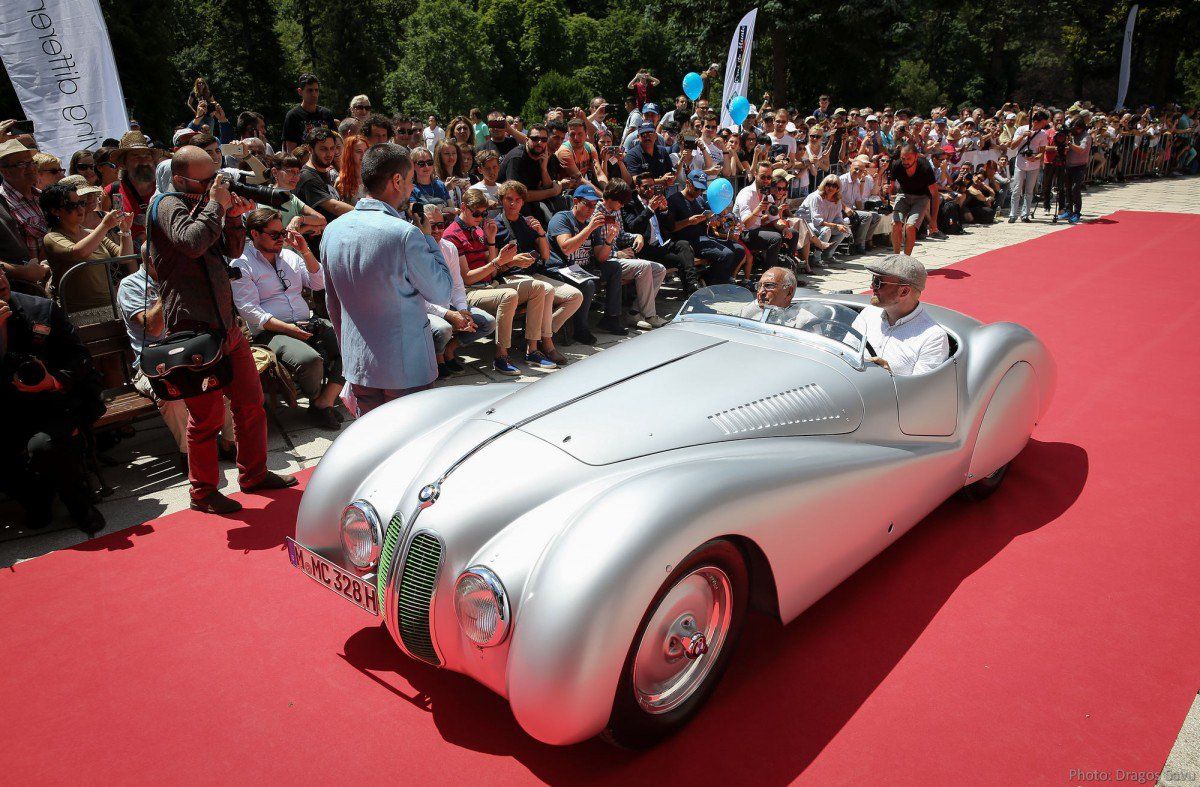 The famous roadster was once again presented in Romania. It was also an emotional encounter, as Marin Dumitrescu, 98 years old and a winner of the Sinaia Hill Climb race with the 328 in the early ’50s, stepped out of the famous Mille Miglia Roadster on the Sinaia Concurs red carpet to open the event. 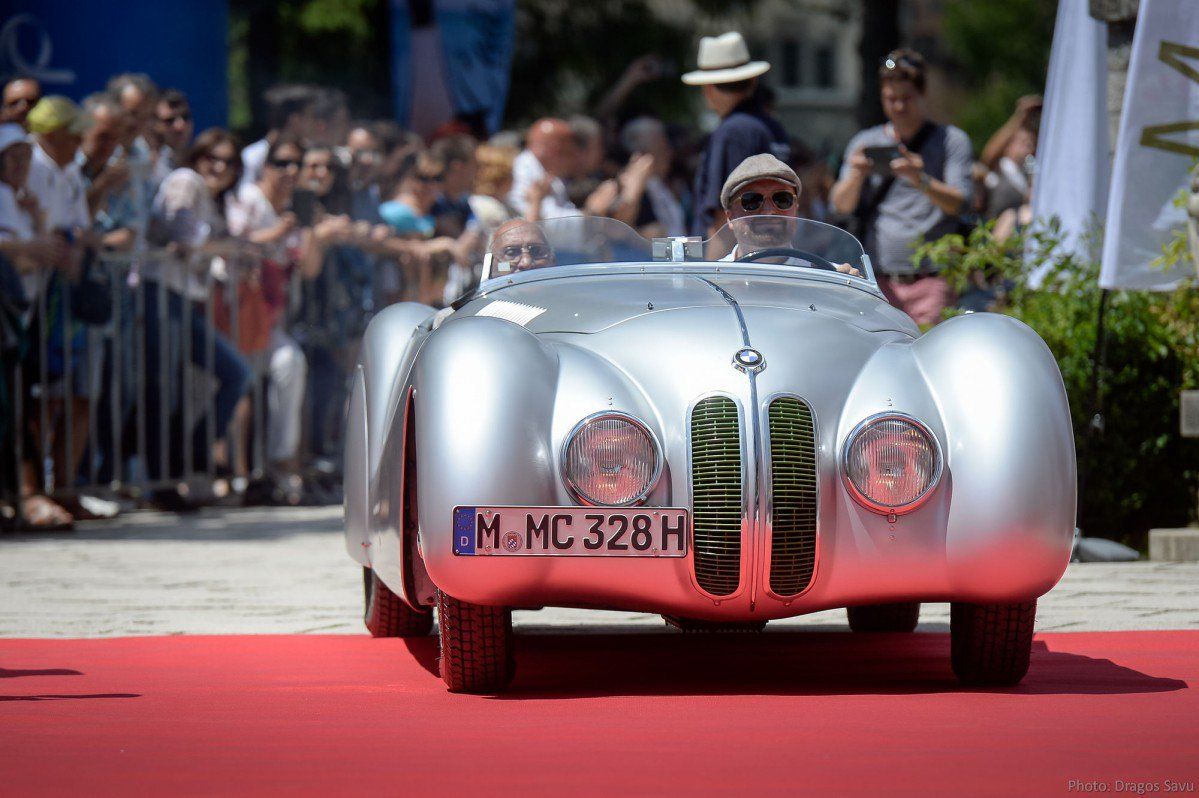 BMW 328 Mille Miglia Roadster is one of three legendary roadsters prepared for the famous Mille Miglia race. It is one of the two models with the body produced by Carrozzeria Touring according to BMW's specifications. All of the three roadsters finished Mille Miglia and ensured BMW's win also in the team standings, next to the overall win with the BMW 328 Touring Coupe. 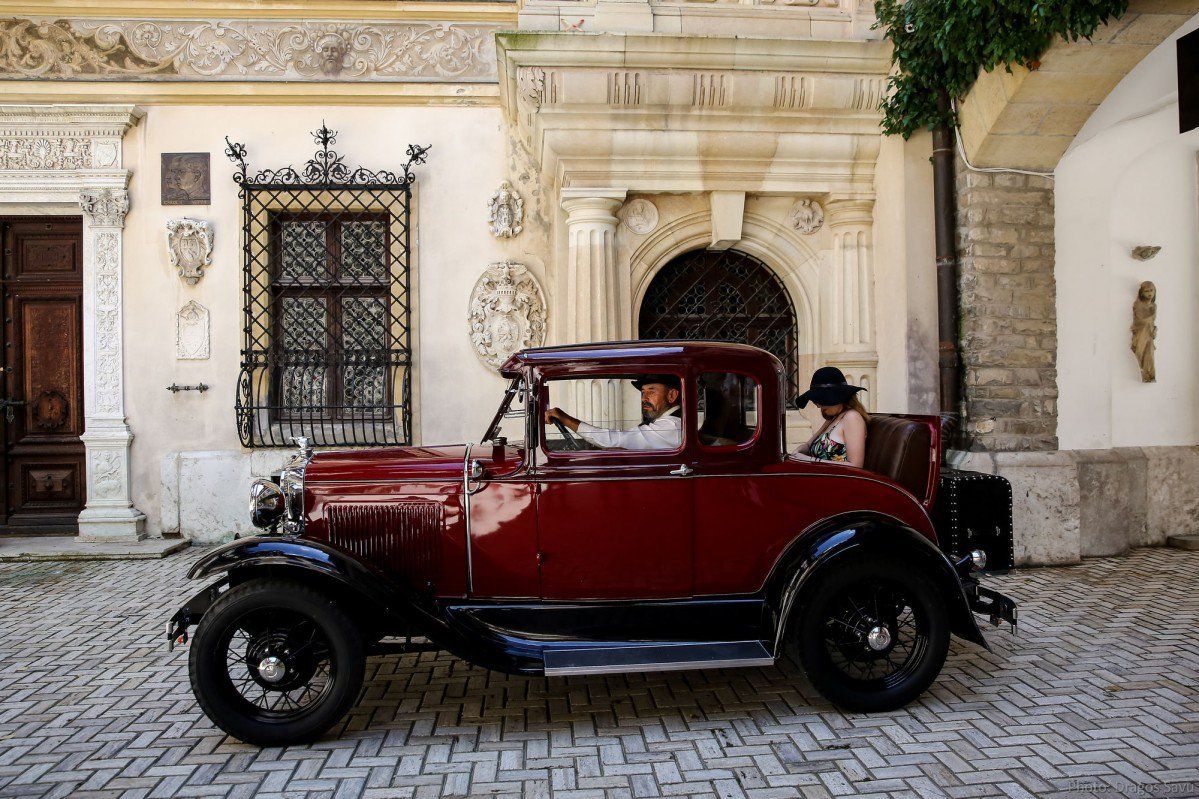 The BMW 328 Roadster presented in Bucharest finished 3rd overall and 2nd in the 2-litre class. It is one of the cars that BMW is still presenting at international events such as Mille Miglia or Festival of Speed. A Mille Miglia Roadster is exhibited at the BMW Museum, in the “Treasure Room”. 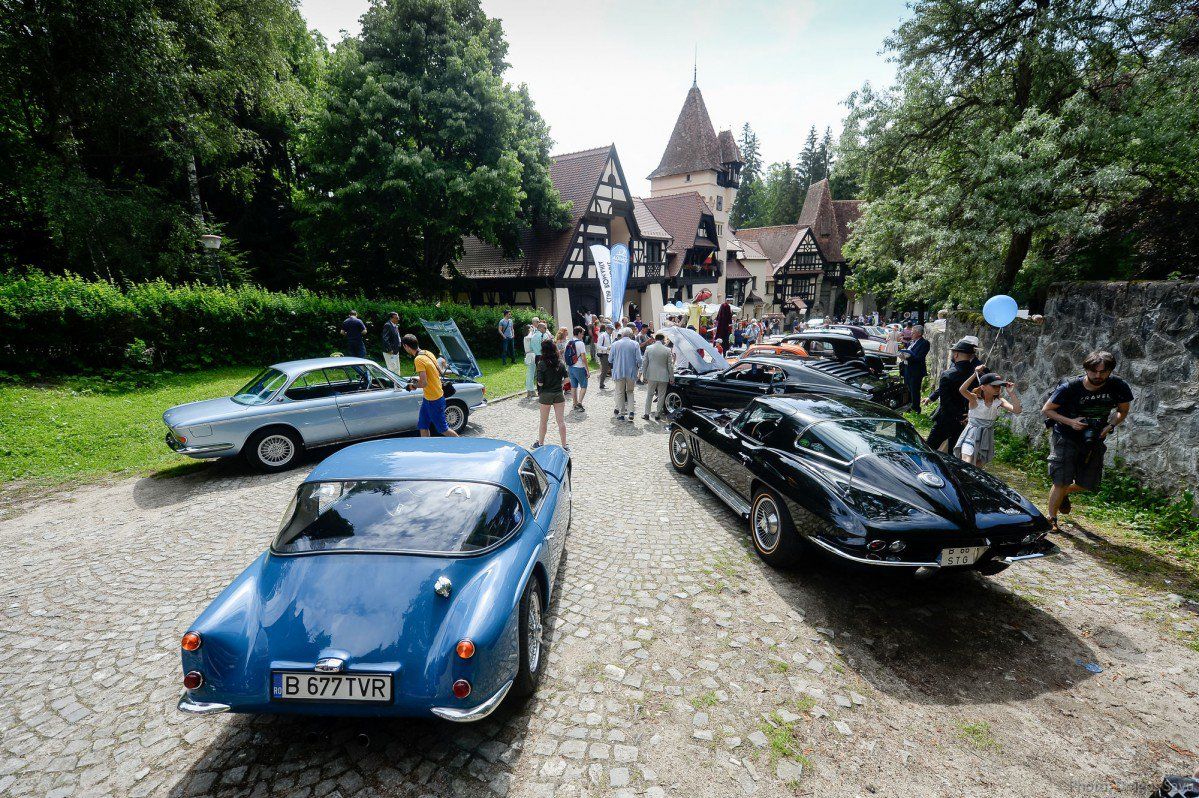 Lots of other cars were on display, courtesy of European car collectors, and the lovely summer day went by in a relaxing mood. As you'd expect from a concours d'elegance. 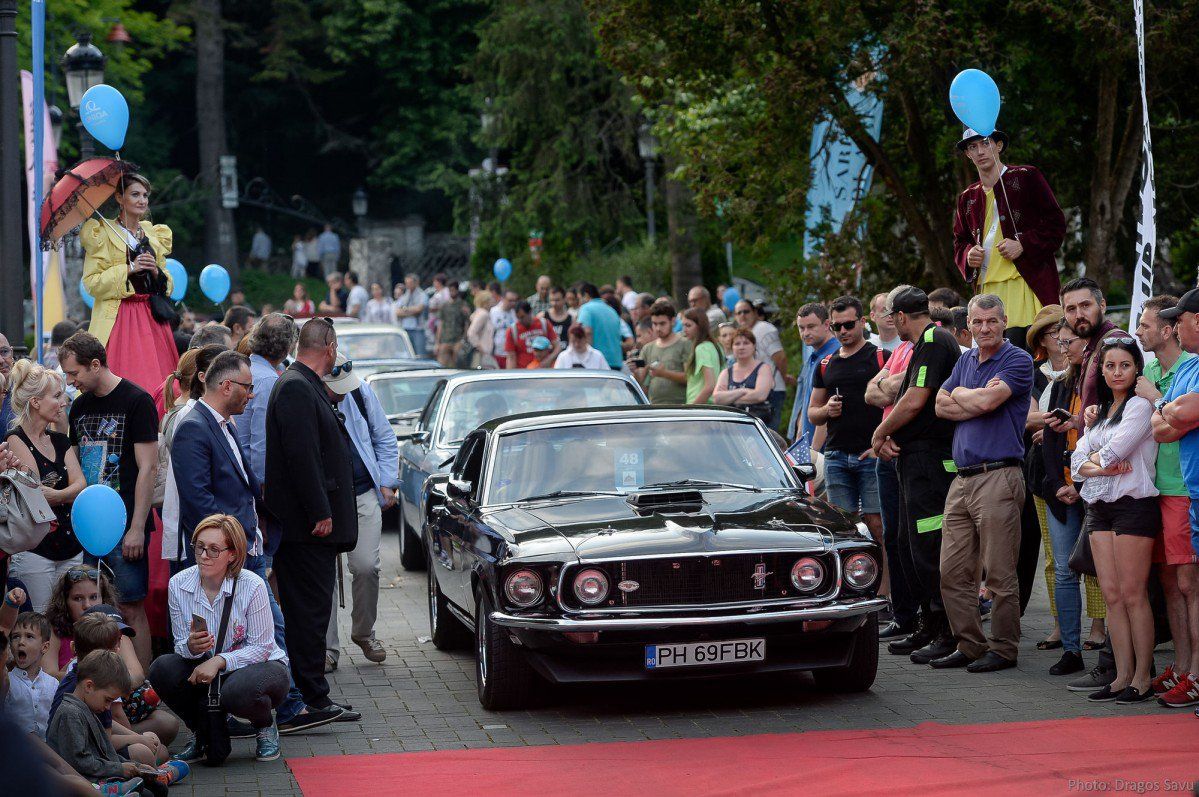 Head over to the extensive picture gallery, as you have a lot more to see. And, who knows, maybe we'll see you here next year! 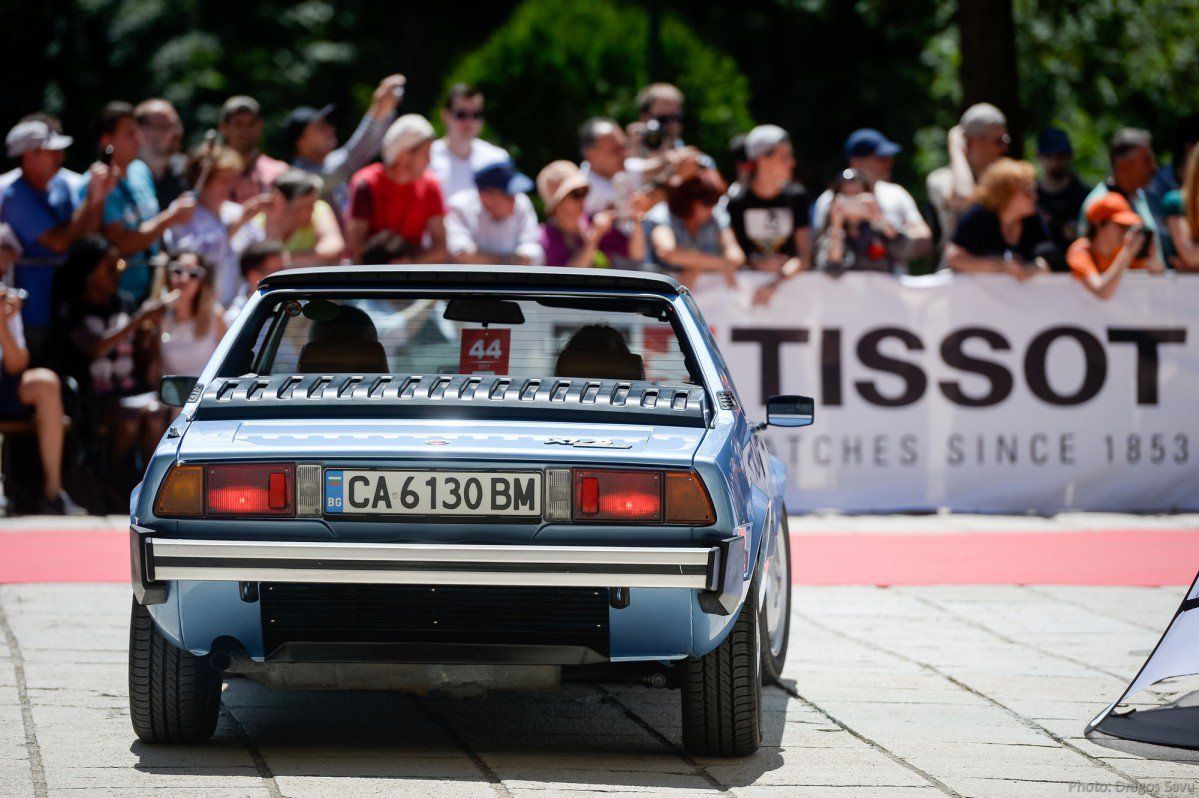 Our editor at large started writing about cars only after getting a taste for extensive road trips all across Europe, more than ten years ago. Cherishing the road more than the car, he finds it somewhat difficult to fall in love with today's supercars, but will go on talking for hours about n... Read more

BMW classic cars american cars sinaia concours d'elegance oldtimers muscle cars youngtimers
By continuing to browse the site, you are agreeing to our use of cookies. Read more.
I Agree